Women’s Demand For Hijab Fashion On The Increase 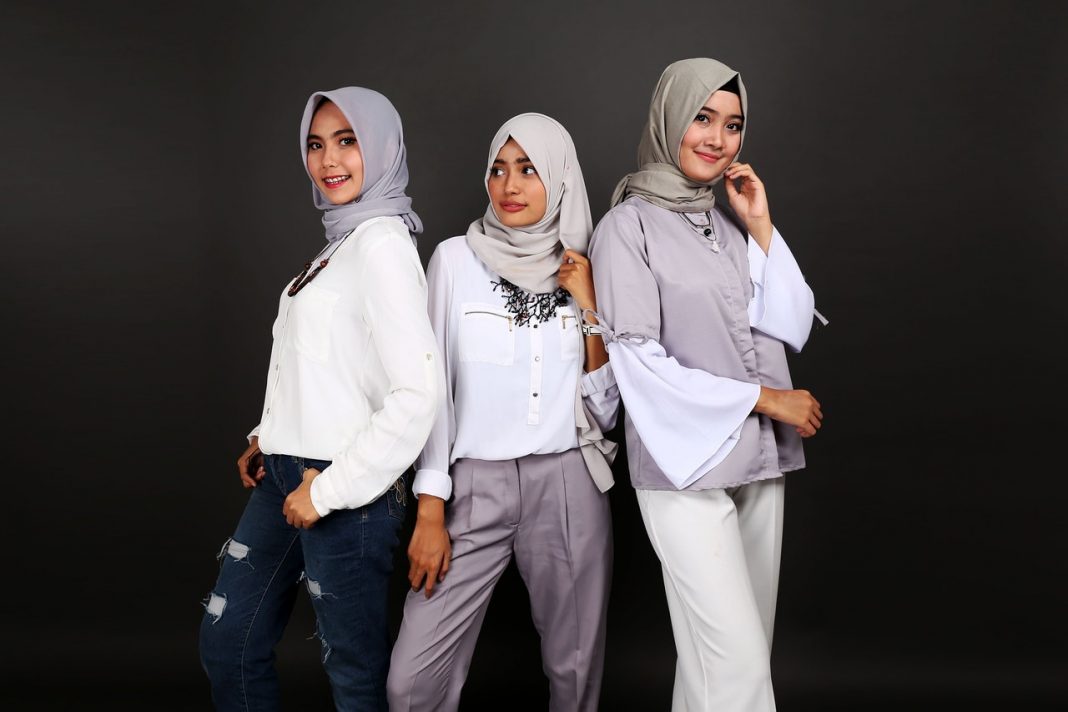 Without a doubt, hijab fashion has been making waves in recent years. The mainstream fashion industry is experiencing a significant rise in demand for modest wear and scarves (also known as hijabs). While its consumers are largely made up of Muslim women living in the East, there is a secondary market, made up of non-Muslims who are making a substantial contribution to this rise in demand and this includes Orthodox, Jews, and Christians looking to wear covered-up clothing and be comfortable.

At the rate of its current growth, the modest and hijab fashion industry could potentially disrupt the mainstream fashion market. Moreover, due to women’s increasing demand for modest wear and hijabs, more and more designers and savvy fashion entrepreneurs are getting involved in this market. The estimated 56 percent revenue increase by 2020 from its $210 billion value as of 2014 could exponentialize the fashion market scene. As expected, the online search for “modest fashion” and “hijabs” has also increased, with Pinterest getting as much as a 500 percent increase in 2018 alone.

An Untapped Industry With Great Potential

With the promising figures the market in these areas has achieved in recent years, its prevalence within the mainstream industry still remains moderate at best. To clearly understand the void in the market, it is important to have a clear grasp on what the current modest fashion audience looks like.

Thanks to social media, the fashion retail industry, in general, is driven by tech-savvy consumers who are always a step ahead of modern trends. Social media is booming with Hijabis showing off their hijab styles and modest wear via photos and videos.

As the modest fashion market continues to bubble and gain acceptance among millennials, Muslims today are more likely to subscribe to the trend. And according to Ogilvy Noor, an Islamic Branding marketing agency, Muslims below the age of 25 make up 11 percent of the global population. Not only do fashion brands and retailers now have more Muslims to target, but these numbers are also increasing at an incredible rate and they are young too. Furthermore, contrary to popular expectations, these young Muslims are interested in fashion brands that integrate some uniqueness through their products.

Modest And Hijab Fashion: Deeper Than The Demands Of The Muslim Consumer

The internet space is now home to Christian bloggers like Elizabeth Roy who cater for the modest clothing needs of women irrespective of religion, so long as their standards are not compromised. This is hardly surprising as women across different backgrounds and religions, including celebrities, are getting into the modest fashion trend in large numbers. While some are doing this to catch up with the current trend, others really want clothing that covers up their bodies.

On the other hand, Muslims are making an effort to cater to their Muslim counterparts, showing off a variety of unique ways to style hijabs with various different modest outfits. Thousands of videos and photos are taken for all walks of life, whether you are a student, a doctor or a mother, there is a hijab style and fashion outfit out there for you!

Overall, people are increasingly demanding hijab styles and different modest outfits around the world – whether they are Muslim or not. Modest fashion is the new black. More and more entrepreneurs are also going into the industry to take care of the rise in demand that the luxury fashion brands were not able to cover up. There’s no doubt that modest fashion will not only end up as a trend but a way of life.

Fashion Brands: Are They Getting It Right?

Some fashion brands have started taking notice of the increase in demand for modest wears and the uprise in the modest fashion community, and have taken advantage of this opportunity to introduce these wears into their collection. For instance, Nike introduced the Pro Hijab line – a modest wear collection that proves their ability to adapt to the different needs of their potential consumers.

However, venturing into the modest fashion market does not guarantee success. Modest wear and hijab wearing consumers are now, more than ever, fashion conscious and tech-savvy than they used to be. Over time, they have come to realize that fashion brands are hardly hitting the expected mark as regards modest clothing. Rather than releasing what the modest wear consumer really desires, most fashion brands are only providing their own versions of what they imagine modest wear to be, which has turned out to be rather mediocre.

According to the founder of Islamic Fashion and Design Council, Alia Khan, fashion brands are yet to understand that the modest fashion consumer really desires clothing that is just as stylish and trendy as that of anyone else. Improvements have been made over time – and the hope is that as more and more entrepreneurs go into the modest fashion industry, their attempts in the market will pay off.

0
Health Insurance What kinds of health insurance are there? There are...
Read more
Lifestyle

How to wear: a short-sleeve shirt

0
This summer, your short-sleeve shirt is getting...
Read more
Lifestyle

8 Things That Will Help You Age Gracefully

0
Whether you’re a woman in enjoying your...
Read more
Lifestyle

Twelve-year-old trunks: how to make your clothes last as long as Prince Charles’s swimwear

0
The prince has been photographed in bathers...
Read more

0
Life Insurance in Texas If you live in Amarillo, TX...
Read more
Insurance

0
Insurance is one of those things that people tend...
Read more
Home & Garden

How To Find The Perfect Website Builder For Your Business

0
When starting to build your own site, you would need a website builder. It is the ideal solution for small businesses or...
Read more

0
After the age of 25, the number of friendships we maintain begins to fall. But forging new, lasting connections can be simple...
Read more

The Secrets To Living A Vice-Free Life

How To Save Your Eyes From The Damaging Blue Light From...

February 21, 2019
We use cookies to ensure that we give you the best experience on our website. If you continue to use this site we will assume that you are happy with it.OkPrivacy policy