Kris Jenner, other celebs look to disrupt the $3B rice market 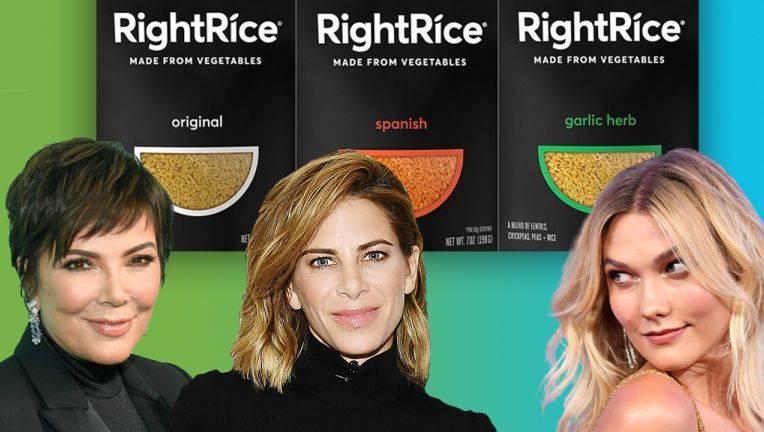 The new rice, which is made from vegetable grains, was created by Popchips founder and former CEO Keith Belling.

“As you know I’m a big fan of snacking and rice, and after Popchips I thought there has to be a healthier rice out there,” Belling told FOX Business.

When Belling couldn’t find what he was looking for, he decided to create his own out of vegetables using lentils, chickpeas and peas.

He then called Strand Equity co-founder Seth Rodsky to help him recruit the right investors.

“We were able to get Keith a cross-section of folks with expertise, whether it was an influencer or an entrepreneur or an accomplished CEO,” Rodsky told FOX Business.

“I think this product has now been rounded out from an entertainment standpoint, entrepreuneurial standpoint and from a connectivity standpoint.”

Neither RightRice nor Strand Equity would disclose how much each celebrity has invested in the company.

Belling added that RightRice is also one of the first brands to launch exclusively in collaboration with both Whole Foods Market and Amazon.

Over the years, Strand Equity has been very bullish in the better-for-you category, investing in other popular and profitable brands, including antioxidant-infused beverage company Bai, Hippeas (an organic chickpea puffs company), Banza (a chickpea pasta company) and VitaCoco (a coconut water company).

According to ResearchandMarkets.com’s dataOpens a New Window., the India packaged rice market stood at around $3.6 billion in 2017 and is projected to grow and reach $7 billion by 2023.

0
Having the right type of homeowners’ insurance is the...
Read more
Business

0
The home is often regarded as a safe, almost...
Read more
Business

0
Plan For the Future With Life and Health Insurance Keep...
Read more

0
Having the right type of homeowners’ insurance is the...
Read more
Business

0
The home is often regarded as a safe, almost...
Read more
Business

0
Plan For the Future With Life and Health Insurance Keep...
Read more
Marketing

0
Don't put yourself at risk of the financial burden by not having auto insurance for yourself or your teen drivers! Having auto...
Read more

Here are the top car stories at CES 2019

0
Though many come for the insane TV tech, smart appliances and cute robots, CES 2019 is also the first major car show of the year.  Transportation and...
Read more

How we met: ‘I proposed in the toilet queue at a festival – she said yes’

0
The first of a new series. Charlie Clark was mourning his father’s death when a friend took him to a gig. ‘I...
Read more

August 6, 2020
We use cookies to ensure that we give you the best experience on our website. If you continue to use this site we will assume that you are happy with it.OkPrivacy policy