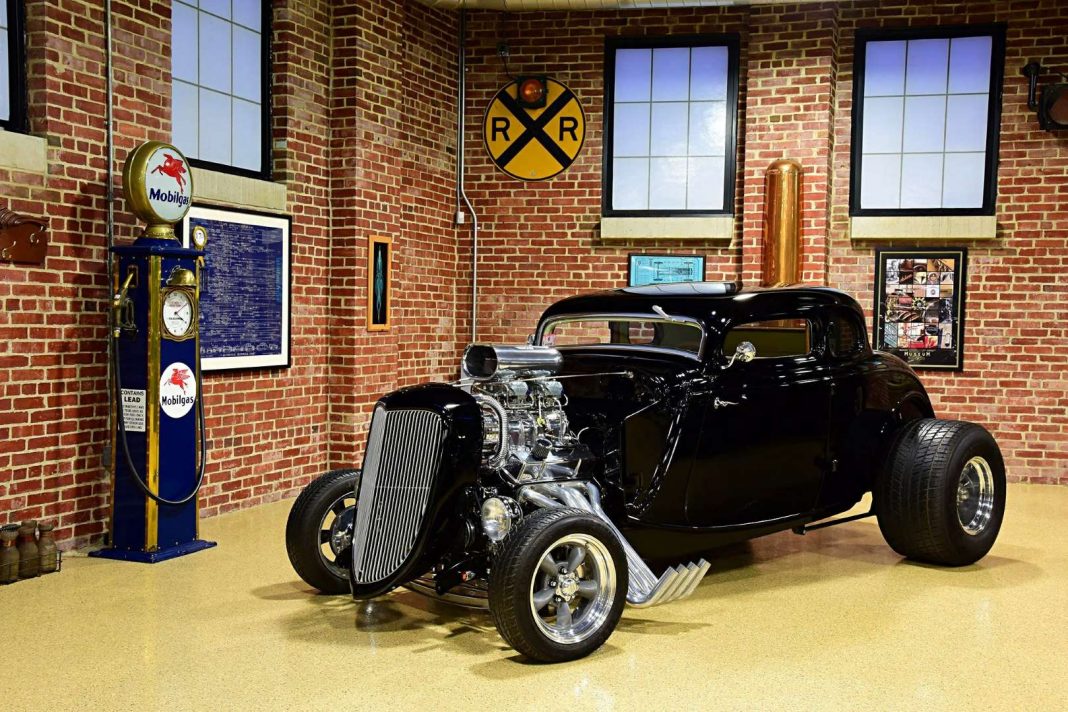 It all starts somewhere; the long, winding road leading you into automotive high performance. One of the truly magical decades to grow up in certainly had to have been the ’60s for countless reasons. Dragstrips were packed with the wildest Funny Cars and Gassers, muscle cars were taking over the streets, and toymakers were churning out some of the coolest creations to capture the attention of every youngster. For Paul DeFilippo of Needham, Massachusetts, experiencing it all not only caught his attention, it lured him in while surrounded by hopped-up cars.

From building kit models at the kitchen table to frequenting New England Dragway with his friends on a regular basis, it’s easy to see the path he was rolling on. Nothing caught his attention more, however, than one particularly wicked 1969 Chevelle packing a healthy 427ci big-block as it tore up the gears ripping a path through his neighborhood on a regular basis. As the years passed he gained a specific fascination with traditional hot rods, their aggressive looks and extreme power to weight ratios especially with cars packing superchargers.

There’s always a game-changing moment to influence you for a potential a build and for Paul it was a Dave Bell illustration of a nasty 1934 Ford five-window coupe he found decades ago in STREET RODDER. The car had a hard chop, blown V-8, and a cranked-down stance inspiring him to begin the search for a suitable body to bring it to life. Building a hot rod is a journey that can take quite a bit of time as life moves forward. For Paul it all started when he found a local ad for a 1934 Ford five-window body. The old steel shell had seen far better days, especially since it was missing its firewall, was rotted in numerous areas, and filled with bullet holes. Somehow through all the flaws he saw the perfect base for the car to rise since it had an evil chop mimicking the Dave Bell illustration. A deal was made and it was hauled home to lay down a plan.

If you want to make a statement, nothing speaks louder than a blown 355ci V-8 from Big Al’s Toy Box. The stout small-block features a four-bolt main base filled with a steel crank linked to H-beam rods wearing forged aluminum SRP pistons all urged by a Comp Cams stick. Up top plenty of power comes from a pair of Dart Iron Eagle heads with the final punch delivered through a Littlefield 6-71 supercharger fed by a pair of Demon 850-cfm carbs crowned by a BDS scoop. An MSD ignition lights the fire with spent gases dumping though a set of custom-fabbed zoomies. It’s all good for a solid 560 hp on the dyno with power moving through a Richmond five-speed to a custom driveshaft.

Bringing the tattered body back to life was a major feat. Paul called on his good friends Butch and Rodney Rintala to work their fabrication skills on it. To start, they replaced the floors, subrails, and trunk with freshly struck steel and continued on by installing a modified factory firewall. The nasty 6-inch chop was finessed while also fabricating a custom grille complimented by a custom rear roll pan with frenched license plate housing. Once completed the duo metal finished the body to perfection and set all the gaps. Butch then loaded his spray gun with plenty of PPG black and laid down a mile-deep coating of vibe.

The business office received plenty of attention, starting with the factory dash and garnish moldings being hydrostatic-dipped in bird’s-eye maple by Fluid-Grafix of Hampstead, New Hampshire. The dash was then filled with custom dials from Aurora to monitor the vitals. A LeCarra banjo-style wheel mounted to an ididit tilt column carves the course while a Hurst stick pulls gears and Vintage Air adds a cool breeze. New England Trim of Shrewsbury covered a bench from Wise Guy’s with yards of Cadillac White leather along with crafting matching panels and completing it all with plush taupe carpeting. Paul wanted to be sure to thank his girlfriend, Jena Holland, for her continued support throughout the build. This is one Street Shaker making it known on the streets and we dig it! SRM

0
When you’re invested in making sure your trailer stays...
Read more

0
Transport And Auto Insurance Amarillo You know what they say:...
Read more
Autos

0
If traditional financing isn’t the best fit for your...
Read more
Load more

0
Videos are known to accelerate conversions by helping customers better understand the product. For the uninitiated, 64-85% of the website visitors are...
Read more

Are You Ready to Rethink Major Medical Insurance Costs?

0
If you believe you are paying too much for health insurance or if you are currently uninsured, it might be time to...
Read more

0
Home Insurance in Texas Having the right type of homeowners’ insurance is the best way to protect your investment and your personal belongings. If you...
Read more

January 23, 2019
We use cookies to ensure that we give you the best experience on our website. If you continue to use this site we will assume that you are happy with it.OkPrivacy policy